What is meant by “pre-skin cancer”? Actinic keratosis 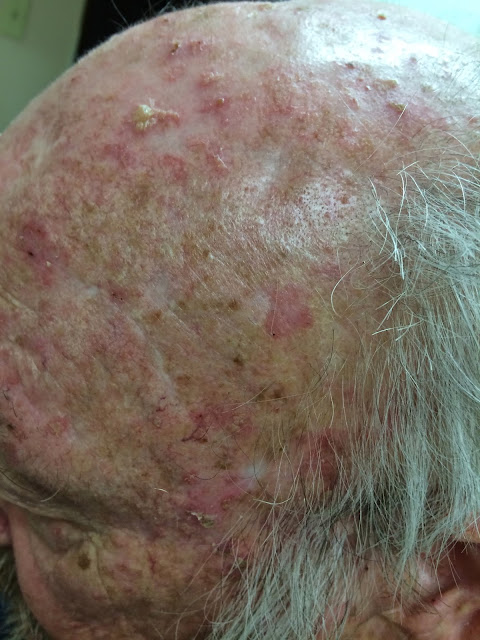 Actinic keratosis (plural, actinic keratoses) is considered to be a premalignant skin lesion that occur on chronically sun-exposed areas such as the face, neck, upper chest, forearms and hands. They are often found on the scalp of bald, fair-skinned men with a history of chronic sun exposure. They appear as reddish, slightly scaly lesions. Sometimes they can bleed and even come and go over time. 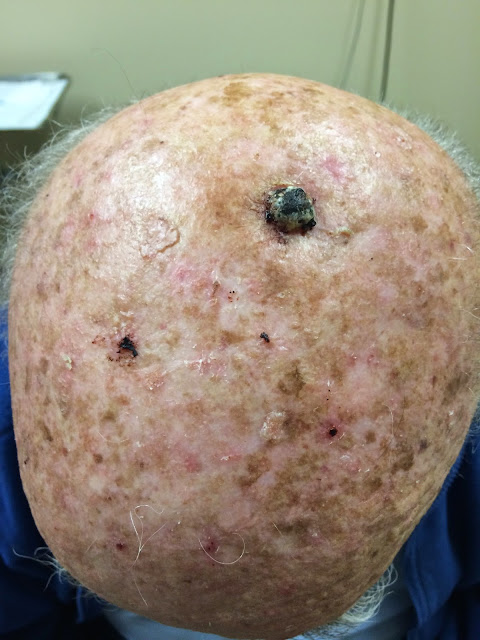 There are many treatment options available for actinic keratoses, most commonly we use cryotherapy, especially for those with a limited number of lesions. Liquid nitrogen administered from a canister or a Q-tip causes freezing of the top layer of abnormal skin cells, effectively eradicating them. Liquid nitrogen has a temperature of -196° and freezes the cells, causing cell death. The area treated ends up forming a scab crusts off in about a week or two. New skin cells are generated, which replace the treated cells. Liquid nitrogen has to be used with caution and only by a physician since injury to the melanocytes (pigment cells) can result in permanent areas with little or no pigmentation. Even with careful technique, this can be a potential side effect.

For people with many actinic keratoses, which cover a larger surface area a variety of topical creams can be used, such as, 5-fluorouracil (Efudex®, Fluoroplex®  and Carac®), Aldara®, Solaraze®  and Picato®. Sun damage to the skin and can be prevented with the use of sunscreen, sun avoidance and protective clothing. I often remind my patients that the damage caused by ultraviolet rays is cumulative (it adds up) throughout your lifetime. Just like putting pocket change in a piggy bank every day for your whole life can add up, so too can the daily damage of ultraviolet rays. Be Sun Smart, wear your sun protection and see a dermatologist for skin screening regularly. 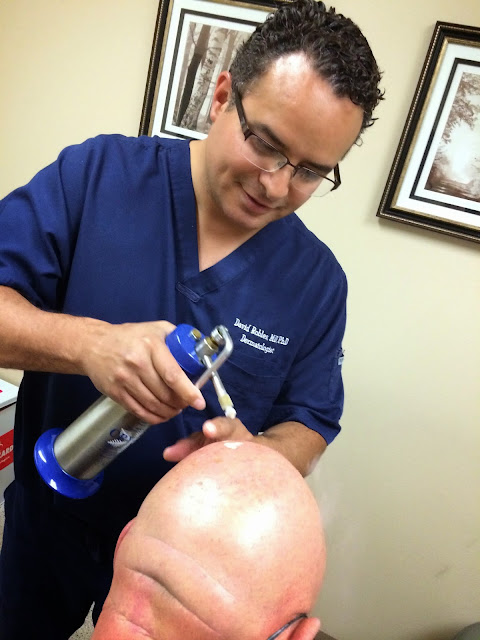 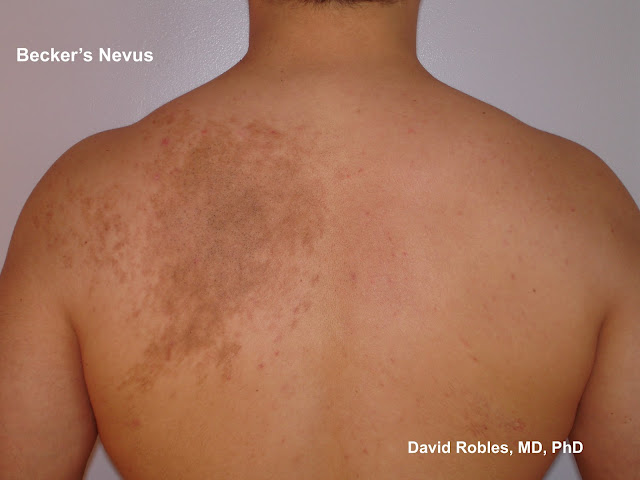 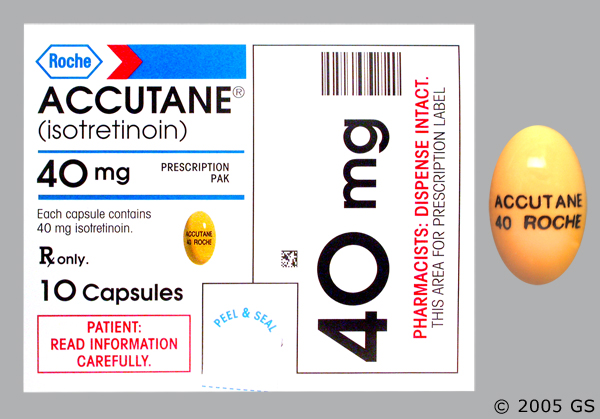 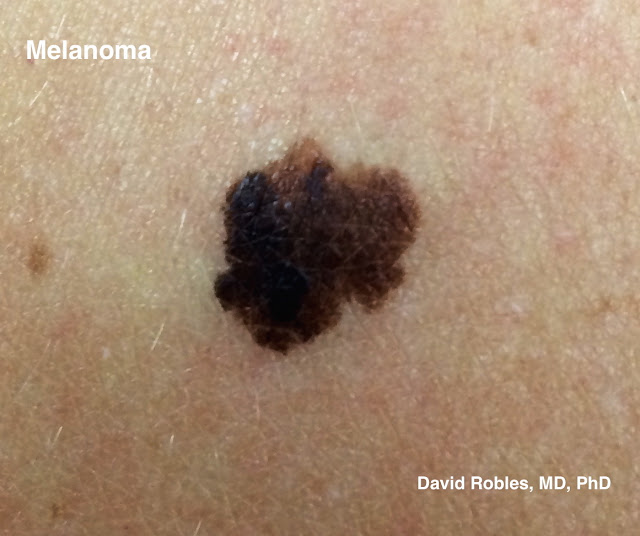